When you are looking for an aerial lift expert witness, you want someone who has knowledge of how to operate the equipment as well as how the machine functions from a mechanical standpoint. Here at Alpine Engineering and Design, our experts are certified fork lift and aerial lift trainers and operators. Not only do they understand how to operate aerial lifts, they have designed aerial lifts for some of the biggest names in the industry and have been retained in a number of product liability cases involving aerial lifts, manlifts and scissor lifts.

Our Experience as Lift Truck Experts

Our experts have been retained in a number of cases involving lift trucks (forklifts).  We have done several cases where for one reason or another the forklift did not stop as the operator expected it to.  In another case we found that the tiller handle on a walkie rider for short operators would shut the motor off before applying braking so that plugging could not occur.  Our experts tested the walkie rider and found that it would go 3x further than when plugging was activated.  This caused the rider to crash into a conveyor severely injuring her legs.  Our engineers then came up with a safer alternative design that would have averted this accident.  The case went to trial.  Our expert went through a Daubert hearing in district court after which the chief judge stated that our expert had done the necessary testing and diligence and could testify without restriction.  The case ultimately recieved a plaintiff’s verdict.  This was a typical example of how we do the testing, calculations, simulations, etc. required to support our opinions.

Our Experience as Aerial Lifts

An aerial lift is designed to provide people access to areas that would otherwise be inaccessible, or at least difficult to access. These areas are usually high above the ground. The aerial lift is set up for temporary access purposes like maintenance and construction. Because of the nature of the work environments where these trucks are found, aerial lift accidents are not at all uncommon.

One of these cases was for one of the largest manufacturers of aerial lifts in the world.  Two people were operating an aerial lift when it suddenly retracted injuring both of the operators. The manufacture was pulled into the case along with several other parties.

Information provided in the case showed that the lift truck had been serviced and repaired six months before the accident. As we analyzed the equipment, wear patterns indicated that the cables on the boom had been re-installed incorrectly. We 3D printed a model of the lift truck and were able to show how the cables were re-installed improperly, and how that caused the cables to break. The cables breaking caused the sudden retraction of the boom which was the cause of the injury. Based on our findings and the model we created, the case settled. 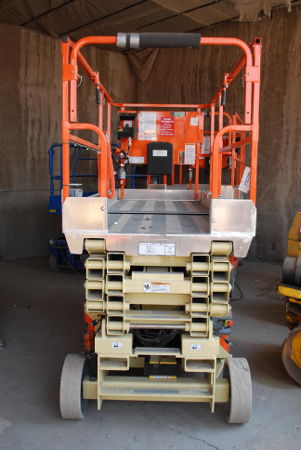 Retain Alpine Engineering and Design for Your Lift Truck Case

Accidents with aerial lifts are unfortunate, but they are very common.  Determining whether the accident is user error or whether it was a design flaw is something that our experts are intimately familiar with.  If you are looking for an expert who can analyze your case and provide you with unbiased feedback, give us a call today at (801)763-8484.