Expert Opinion: Just Because It Can Be Done Without Injury Does Not Mean It Is Safe

As a mechanical engineer who works in equipment design safety, I sometimes get involved in lawsuits where injuries occur while equipment is being used.  Usually in the roll of an expert witness.

One question that I am often asked in one form or another during depositions sounds something like: “but haven’t people been using this product safely since it was introduced?!?  We haven’t had any complaints of accidents until this one.”

It seems like more of a statement than a question, but the answer is actually the opposite of what they suggest.  Just because it can be used without someone getting hurt DOES NOT MEAN that the equipment or what they were doing was safe.

There are plenty of times that people do dangerous things without getting hurt, but that doesn’t mean that they are safe.  Extreme sports are a great example of this.  The professionals that compete in these sports recognize that there are serious consequences to some of the things that they do.

At X games Los Angeles 2006, Travis Pastrana became the first person to land a double back flip in a motocross in competition.  He often referred to it as his “most dangerous trick.”  Before the competition, he described his internal conversation:

“Is it worth it?  I was like Yes! So you know what? I don’t care.  I’ve worked on this.  I’ve practiced on this, and if I get hurt, so be it. But I’m going to give it hell.  I’m going to go out and do the best that I can, and whatever happens, happens. But I’m not going to leave anything on the table.  That’s what X-games is about.”

That day he executed a double back flip flawlessly.  When he took off to when he landed was perfection.  Did he do it without getting hurt?  Yes he did.  Was it safe?  Absolutely not.  That is probably why he promised himself that after the first time he did it, he would never do it again.[1]   Just because something can be done without someone being injured, does not mean that they were safe. 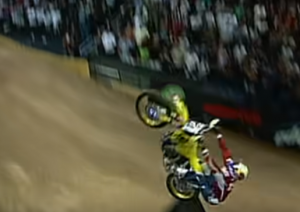 In the 2022 winter Olympics, Japan’s Ayumu Hirano made headlines not only for winning the gold metal in the men’s snowboard halfpipe, but also for calling for robust changes to the sports judging system.  He pressed for sound standards in judging because “for the athletes, they’re putting their lives on the line, they’re giving it there all.  So, for the riders, I think some steps need to be taken to address this issue regarding the judges.”[2]  Hurano noted that the athletes were putting their lives on the line, that they new they might get hurt, or worse.  Do people compete in snowboard halfpipe competitions without getting hurt?  Yes.  Does that mean it is safe?  Absolutely not.   Just because something can be done without someone getting hurt does not mean it is safe.

In another example, Red Bull Rampage takes place each year in the Utah desert.  Single Track World explained the event as:

“Red Bull Rampage has long been the pinnacle of the extreme side of the [mountain biking] sport, with riders flinging themselves off the gnarliest of jumps and down the steepest of drops in the Utah desert.  And each year, it seems to get even more and more gnarly as riders push themselves to progress.  With some serious accidents in recent years, some riders and commentators have suggested that the event is becoming too dangerous.”[3]

Another writer noted that “Features are so big that riders don’t even practice most of it; its all or nothing on the day.  Something is surely wrong when even practicing is too risky, right?”[4]

In recent years there have been a number of crashes that resulted in serious injury.

In spite of these serious accidents, and many more minor crashes, multiple people make it down every year without getting hurt.  Were they safe?  Not at all.  One writer stated that “the drops these guys are doing are insane and the consequences seem way to high.  These big events seem like a freight train only headed in one direction and it seems like a very difficult and dangerous time for the riders in this profession.”[5]  Again, just because people can do something without getting hurt, doesn’t mean it is safe. 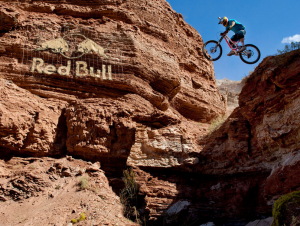 In another example, in June of 2017, Alex Honnold climbed the 3,000 vertical feet of El Capitan free solo, without any ropes or protection.  This was a project he had been working on since 2009, but for many years he found it too difficult and dangerous to attempt.

Tommy Caldwell, another professional climber described the accomplishment as follows:

“I’ve spent 20 years of my life climbing El Cap, but I’d never do it without a rope.  There is no margin for error.  Imagine an Olympic gold medal level athletic achievement, that if you don’t get that gold medal, you’re going to die. That’s pretty much what free soloing El Cap is like.  You have to do it perfectly.”

I’ve always been conflicted about shooting a film about free soloing just because it’s so dangerous. It’s hard to not imagine your friend (Alex) soloing something that’s extremely dangerous and you’re making a film about it which might put undue pressure on him to do something, and him falling through the frame to his death.

Free solo climbing is undeniably dangerous.  Caldwell said that “I think everybody that has made free soloing a big part of their life is dead now.”  Notable examples of Free Solo climbers who died in climbing related accidents include John Backer, Sean Leary, Derek Hersey, Dan Osman and Brad Gobright.”  They all completed multiple free solo climbs without getting hurt.  Until they didn’t.  They were exposed to danger and were not protected from it.  Eventually, they were hurt. 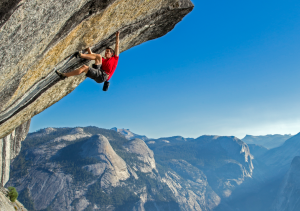 It is well known in safety that a history of accidents indicates an unsafe product or activity.  However, it is also known that the opposite is NOT true… the lack of accident history does not indicate that the product is safe.[6]

So how should one determine whether a product or process is safe?  The Oxford dictionary defines safe as “Protected from or not exposed to danger or risk; not likely to be harmed or lost.”[7]  In engineering terms, the risks should be reduced to acceptable levels (since we know risk cannot be entirely eliminated).  When companies design products, they should take deliberate, systematized steps to identify hazards, evaluate the risks by looking at both the probability of occurrence of harm and the severity of harm, and if the risk is higher than acceptable, take the appropriate steps to protect people and property from those hazards.  In the world of engineering and safety, there is a hierarchy of steps to reduce risk, starting with the most effective to the least.  These steps include: 1. Eliminate the hazard through design.  2.  Safeguard the hazard, so that it cannot be accessed during operation.  3.  Provide warnings and instructions for safe use and 4.  Use administrative controls like training and personal protective equipment.

To me, a product is safe when all of the risks have been identified and reduced to acceptable levels. The people that perform the activities described in this article are professionals that have devoted their life to their sports and have determined that for them, individually, the level of risk is acceptable, even though it is extremely high, and they are prepared to live (or die) with the consequences.  Companies, likewise, can make the decision to accept high levels of risk.  However, when they do, like the athletes, they must be responsible for the damage and injuries that occur as a result.  It is much better to design the product in such a way that the risks are reduced to levels that are acceptable to any user by using risk assessments and design safety reviews.